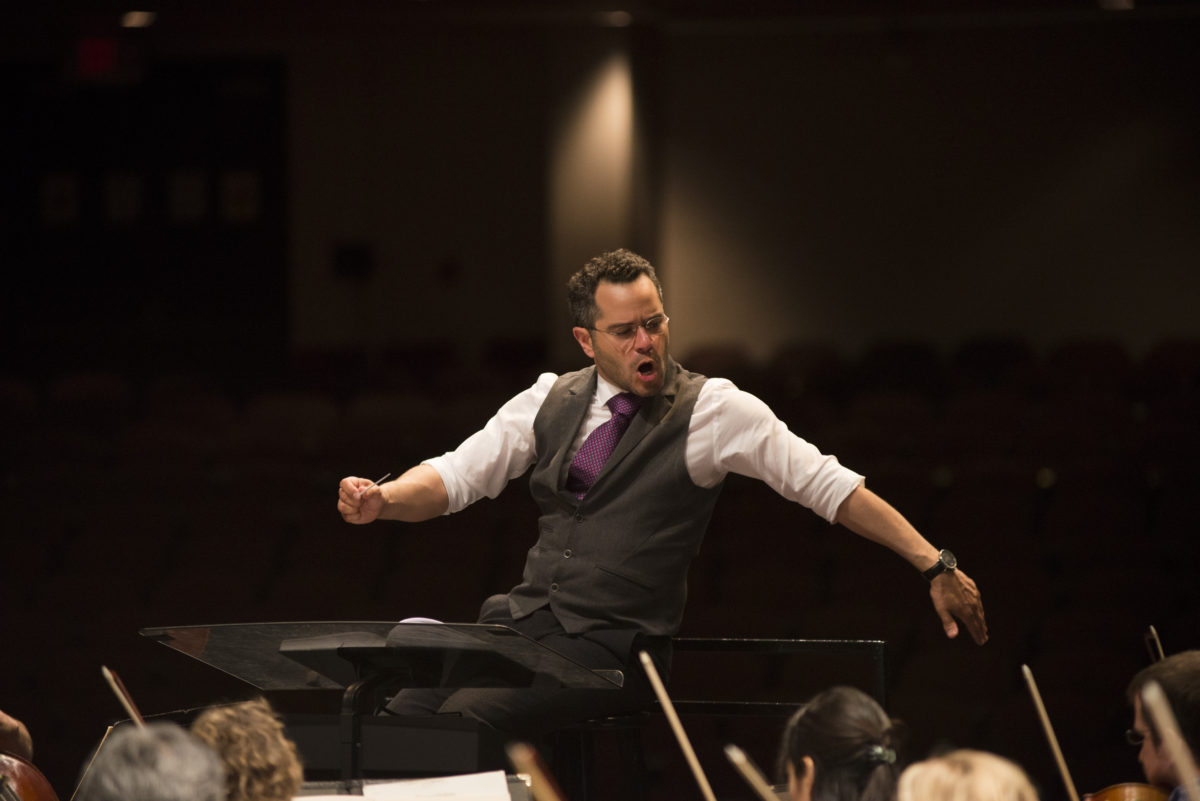 A rare opportunity to hear this dynamic conductor perform as violinist! Andrew Grams, esteemed conductor of the Elgin Symphony Orchestra, will appear at Barrington’s White House not as conductor, but as performer, joining the Chamber on the Fox string ensemble on violin.

The performance will take place Sunday, May 21 at 3 p.m. Tickets are $30 for adults; $10 for students. A wine tasting will precede the event, with a cash bar.

Well known to classical music lovers for his intensity, enthusiasm and technical clarity, Andrew Grams has gained a reputation as one of the up and coming conductors in the country. Described as bringing “pathos, power and precision” to his conducting, Grams will now bring that same passion to his violin performance.

The concert will be held in the intimate ballroom of Barrington’s White House. Seating is limited to 150, so every guest gets an up close and personal view of Grams and the other musicians— exactly as chamber music was originally presented to audiences and patrons.

Violin was Grams’ first love, having received a bachelor of music degree in violin performance form the Julliard School, before going on to receive a conducting degree in 2003.

“Before I became a conductor, I was a violinist in many orchestras around New York City,” said Grams. “Making sound with an instrument is the thing I perhaps miss the most about being a musician. For this special concert, I’m going to join wonderful musicians and play with them rather than just conduct them.”

Together with the Chamber on the Fox ensemble, Grams will play such chamber music classics as Beethoven’s String Quartet in F Major, Opus 59 No. 1 and Brahms’ String Sextet in B-flat Major, Opus 18.

Andrew Grams has traveled the world over, working with orchestras across Europe, North America, Australia and New Zealand. Taking inspiration from Gram’s celebrated performances throughout many countries, Barrington’s White House will offer a tasting of wines from some of the conductor’s favorite places.

Barrington’s White House is a unique, historic venue located in the heart of downtown Barrington at 145 West Main Street. This meticulously restored 1898 mansion hosts cultural and community events, and is also available for rental for weddings, corporate meetings, non-profit fundraisers and family celebrations. Contact Us