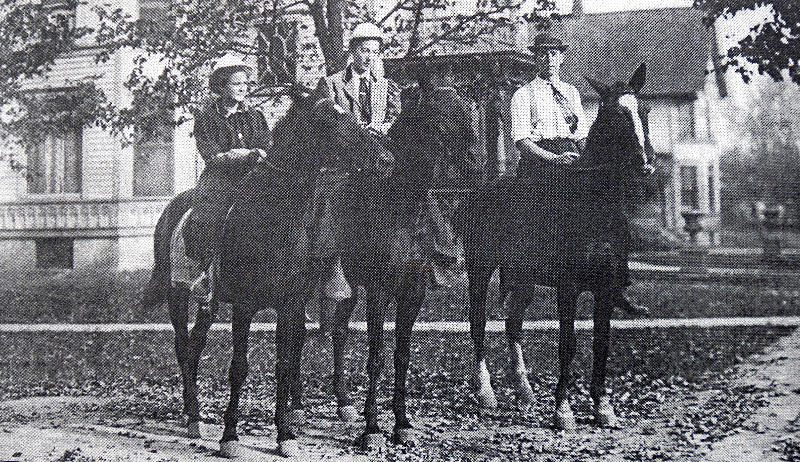 Take a ride with historian Barbara Benson and photographer and filmmaker Robert McGinley, President of the River Valley Hound Heritage Foundation, as they retell Mrs. John Kinzie’s ride through Cuba Township in 1831 and share photos, word and film recalling the people and horses of Barrington’s long history as a foremost equestrian destination. A traditional hunt tea service will be provided with a menu of savory and sweet finger foods and refreshments.

Barbara L. Benson, a native of Kent, grew up walking with England’s history. She first came to Barrington in 1980 as Director of the Historical Society where she began what she describes as, “a walk with Barrington’s history.” She developed an unconditional admiration for the people who made the long and dangerous journeys to settle a vast country. In recent years she has spoken and written extensively about area history and people.  The program is drawn from Barbara’s research and writing about the historical equine threads which have brought the Barrington area from its origins as a small market town to its present-day reputation as a premier destination for equestrian activities.  Her research and writing have contributed to the preservation of a remarkable open space environment.

Robert McGinley grew up as a member of Barrington’s equestrian community. His father, William McGinley acquired Horizon Farms in 1973. Robert has ridden to hounds since he was 13 years old. While his career as an accomplished photographer and filmmaker has taken him to California, he is frequently in Barrington, participating in his lifelong equestrian interests.

Sponsors for this program are: