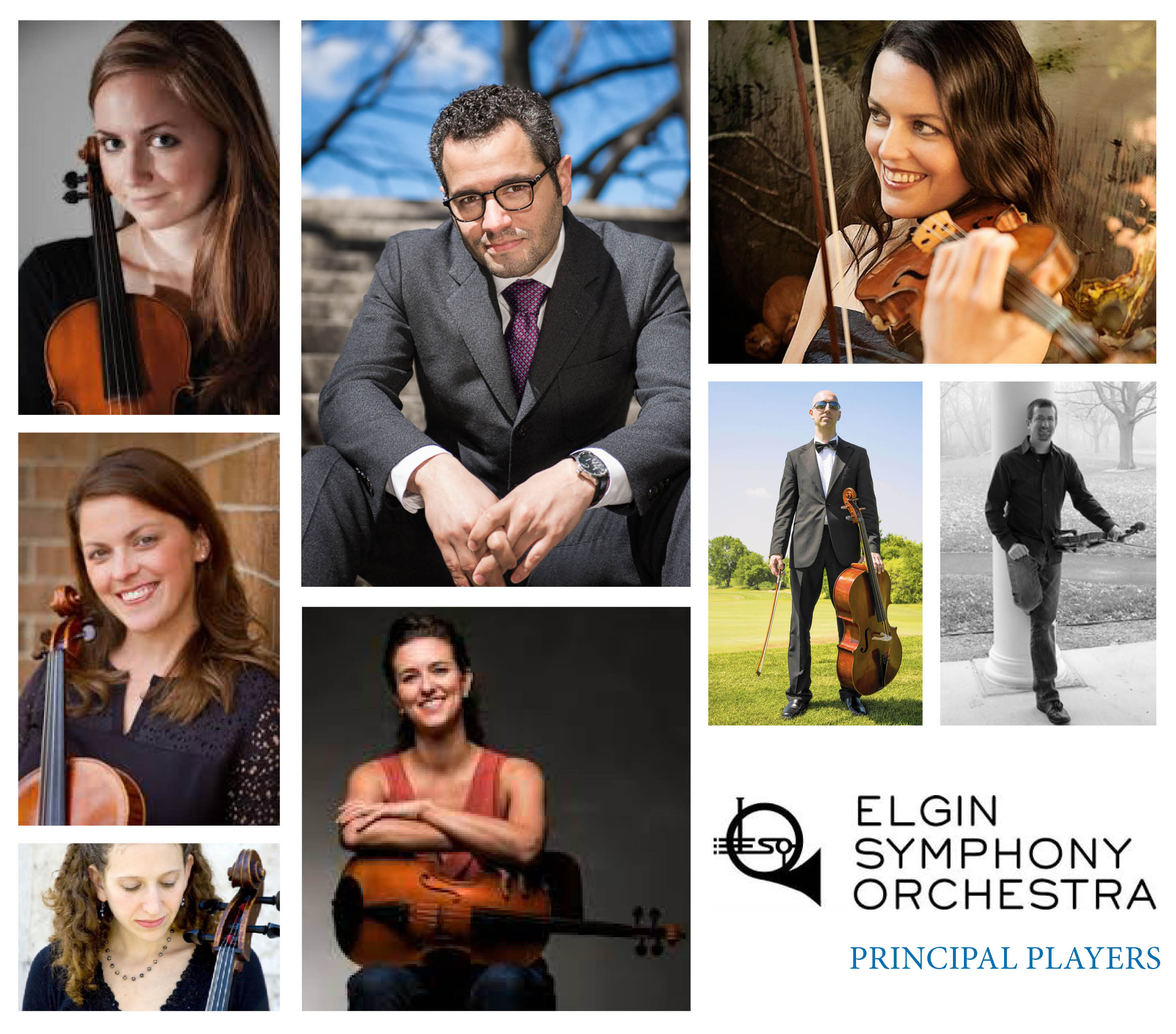 Join us as The Elgin Symphony principal players perform one of the ultimate masterpieces of chamber music—Octet in E-flat Major for Strings, Op. 20 by Felix Mendelssohn. Composed by Mendelssohn at age 16, even Mozart did not create a work of such exquisite perfection by this time in his creative life. The ensemble will also perform String Quintet No. 4 in G minor, K516, composed by Wolfgang Amadeus Mozart.

The Elgin Symphony Orchestra brings world-class, big-city entertainment without the hassles of the big city.

Named “Orchestra of the Year” an unprecedented four times by the Illinois Council of Orchestras, (1988,1999, 2005 and 2016) and winner of a 2010 Elgin Image Award, the Elgin Symphony Orchestra, now in its 67th season, is respected for exceptional performance, innovative education programs, and community outreach initiatives.

Founded in 1950 by Douglas Steensland at Elgin Community College, the Orchestra has benefited from the contributions of many talented conductors and musicians during its sixty-three-year history.

Believing music and the arts have the power to inspire individuals, support communities, and enrich society, the ESO launched Elgin: Home for the Holidays, and has partnered on other events with Rotary International, Feeding Greater Elgin, Sherman Hospital, Downtown Neighborhood Association, and local Chamber of Commerce. Its community programs include Kidz Konzertz, now called Ainsworth Concerts for Youth, The ESO Musicians Care Program, The Music Heals program with Alexian Brothers Health System, and a partnership with Gail Borden Public Library to provide free Family Concerts, and the extension of its Listeners Club to the Greenfields of Geneva.

The ESO invites you to stay for a reception following the concert.