Christopher Woods, The Oriental Institute at 100: “The Story of the Human Career” 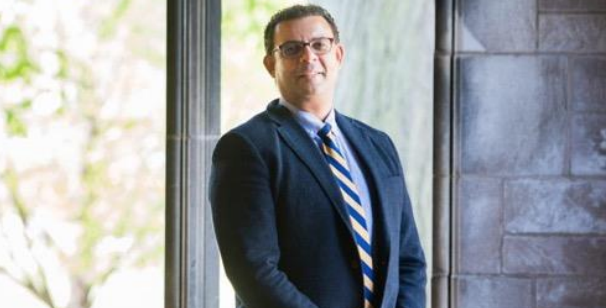 Christopher Woods, PhD, Director of the Oriental Institute, offers a presentation that will introduce the Barrington community to the Oriental Institute of the University of Chicago, and explore some of our common history. One hundred years ago, James Henry Breasted founded the Oriental Institute at the University of Chicago with a radical idea: he insisted that who we are began not in Greece or Rome, but rather in complex civilizations that emerged in the ancient Middle East, in a region he vividly named “The Fertile Crescent.” Breasted—a native of Rockford IL and a protégé of William Rainey Harper, the first president of the University of Chicago—aspired to create a research laboratory to explore nothing less than “the story of the human career.” Breasted’s legacy of intellectual and technological innovation lives on at the Oriental Institute today—in transformative research and fieldwork, vibrant public outreach efforts, and in a world-renowned museum that aims to understand, reveal, and protect the earliest human civilizations.
This talk will describe the origins of the Oriental Institute, highlights of our century of research, as well as our current work and opportunities for engagement. Dr. Christopher Woods is the Director of the Oriental Institute and the John A. Wilson Professor of Sumerian. His work focuses on Sumerian language and early Mesopotamian religion, literature, mathematics and administration. He also serves as editor-in-chief of the Journal of Near Eastern Studies. Woods’ publications include The Grammar of Perspective: The Sumerian Conjugation Prefixes as a System of Voice and the forthcoming Materials for the Sumerian Lexicon 18. He is editor of Visible Language: The Inventions of Writing in the Ancient Middle East and Beyond. He led the launch of an interdisciplinary effort to explore early writing, entitled Signs of Writing: The Cultural, Social, and Linguistic Contexts of the World’s First Writing Systems.
Sponsored by the Neubauer Collegium for Culture and Society, the project enhanced the University of Chicago’s role as an international center for the study of early writing. Connecting with Antiquity: The Oriental Institute Brings the Past to Barrington University of Chicago Oriental Institute BWHCurious Mind Scholars’ Series History comes to you! From mummies to Sanscript, learn about some of the world’s earliest civilizations and deepest secrets. Founded by James Henry Breasted—the original Indiana Jones—this museum’s collection of antiquities includes ancient artifacts from archeological sites around the world, saved from grave robbers and modern construction, and rivaling exhibits at the Louvre and the British Museum.
Each event is $20 for General Admission and you can attend all 4 events for $65.

Christopher Woods, The Oriental Institute at 100: “The Story of the Human Career” | Barrington's White House