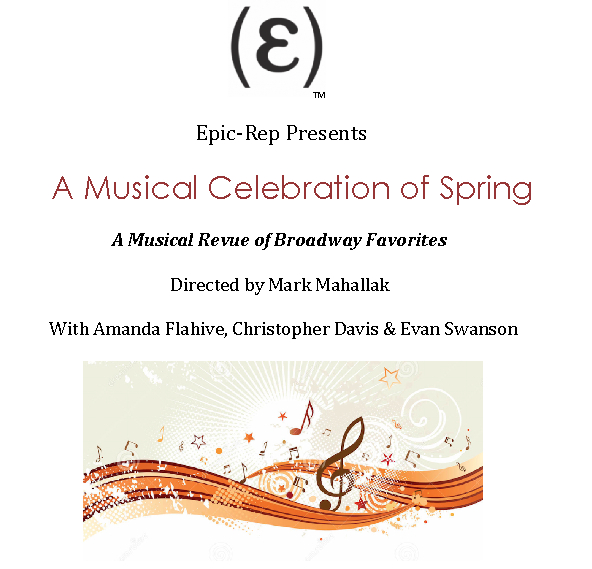 In its continuing staged readings series at Barrington’s White House, Epic-Rep will perform A Musical Celebration of Spring on Sunday May 22nd.  Directed by Mark Mahallak with Amanda Flahive, Christopher Davis and Evan Swanson.

Epic-Rep is committed to telling socially and emotionally relevant stories through theater and film. Epic-Rep was co-founded in 2001 in New York City by Richard Kuranda and Alicia Regan, lifetime members of the Actors Studio, with the aim of inspiring a new generation of film and theatergoers.

Tickets are $10 and are available here.  For more information on tickets and on Epic-Rep, contact: info@epic-rep.com.