Foy Scalf, The Oriental Institute at 100: “Book of The Dead: Un-reading the Ancient Egyptian Scrolls” 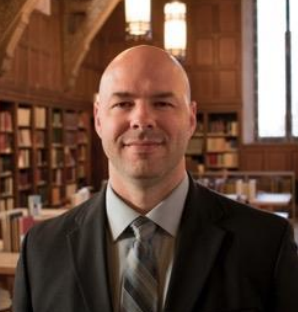 Egyptologist Foy Scalf, PhD, Head of Research Archives and Head of the Integrated Database Project “The ancient Egyptian Book of the Dead” is a complex composition spanning a history of nearly two thousand years. What was this sacred text and what prompted its long life?
Popular conceptions of the Book of the Dead often derive from Victorian Era misunderstandings and the legacy of the vocabulary we use to discuss ancient literary works. By reorienting these approaches, we are able to gain a better understanding of how this text was produced and how it was used. In this talk, Foy Scalf will offer new insights into the ancient Egyptian culture that produced and used the Book of the Dead by looking at who were the people reading these massive scrolls and what exactly they were doing with them. Egyptologist Foy Scalf (PhD, University of Chicago) specializes in the textual culture of ancient Egypt, with particular interest in ancient religious literature. His has published on Egyptian language and linguistics, religion and philosophy, as well as textual transmission and knowledge production. In 2017, he curated a special exhibit at the Oriental Institute Museum on “The Book of the Dead: Becoming God in Ancient Egypt” and edited the accompanying catalog—a fully illustrated guide the ancient Egyptian Book of the Dead.
Each event is $20 for General Admission and you can attend all 4 events for $65.