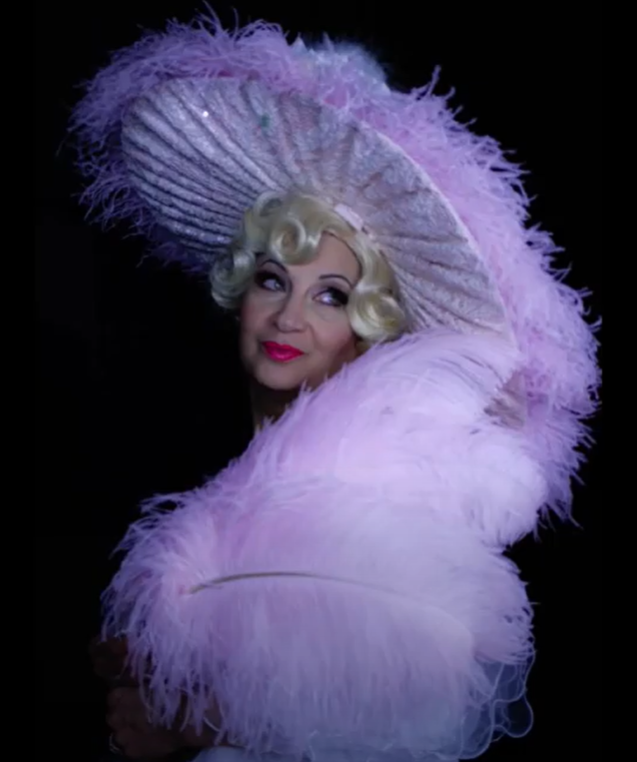 “You only live once, but if you do it right, once is enough.” Depression-era vaudeville and Broadway star Mae West shattered box office records (and public sensibilities) as her one-liners scandalized the censors yet made her an icon. Join this spirited presentation by educational entertainer Martina Mathisen as she visits the old stages of vaudeville and Broadway during the golden age of Hollywood to meet the woman behind the wit. Who was Mae West, really?

Mae West was an American actress, singer, playwright, screenwriter, comedian, and sex symbol and a controversial figure during the Depression era. Her comedy shows took old-fashioned morality to task, much to the delight of her audiences, and she often encountered censorship as a result. However, she has said, “I believe in censorship. I made a fortune out of it.” She eventually became one of the highest-paid actresses in Hollywood and amassed a fortune not only for herself, but for the Hollywood studios who employed her and her fellow stars. It’s been said that Cary Grant would have remained a nobody without her.

Educational entertainer Martina Mathisen brings Mae West to life and brings insight to the woman behind the legend. Live Q&A will follow the presentation.