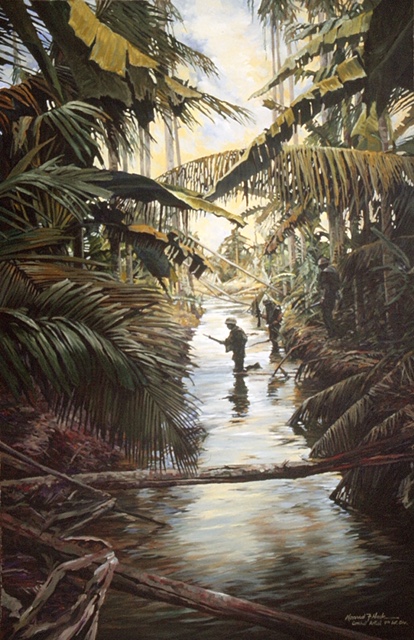 Konrad F. Hack received his B.F.A. degree from the Art Institute of Chicago and University of Chicago and served as a combat artist in Vietnam for the Department of Military History. After returning from the war, he was a staff artist for WGN-TV Chicago, where he became active in the Chicago art community as a founding member of the Chicago, United States Air Force Art Program. His paintings were selected for the U.S.A.F. Fine Art Print Series and he currently serves as chairman of the Midwest Air Force Artists Association.

Mary Qian’s “Model on Break” painting was the winner of the Oil Painters of America National Gold Medal award in 2010, and she was the first person to win the coveted Dorothy Driehaus Mellin Fellowship for Midwestern Artists in 2009. Mary is a Master Signature member of OPA.

Marci Oleszkiewicz’s passion for art was inspired at a young age, and she attributes much of her creativity to seeing her father always working on something – creating something out of nothing. Marci has received an award of excellence from the OPA and the best of show award from the AIS, and has been included in Southwest Art Magazine’s 21 under 31. “My goal as an artist is to create works that resonate with the hearts of others, to speak clearly and deeply to the innermost being. To capture moments of life on canvas that convey beauty and wonder, joy and sorrow, love and truth. I’ve heard it said if you paint from your heart you will speak to the hearts of your viewers, and that is my desire.”