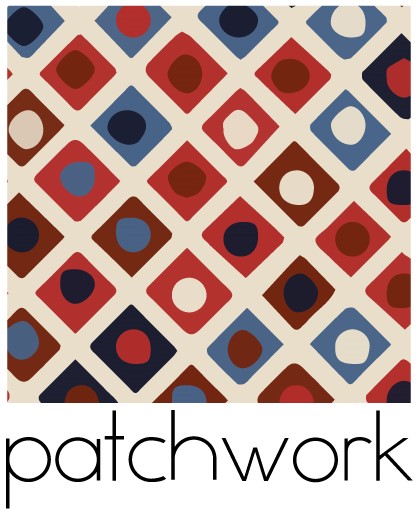 Ticket sales are being conducted through Brown Paper Tickets; $20 for general admission and $15 for seniors and students. The link is as follows: www.patchworkbarrington.bpt.me. This information is also available on our website www.patchworkproject.co/tour and the link to the facebook event is www.facebook.com/events/590075741169908/

Patchwork Project was founded in March 2016 by Kendra Wieneke and Will Berman. Our mission is to curate the art of the American Song Recital. Our programs honor the lauded craft of quintessential American composers such as Aaron Copland, Leonard Bernstein, and Samuel Barber while introducing audiences to lesser-known, but equally deserving regional and up-and-coming composers. We aim to provide a platform for unique collaborations between singers and instrumentalists through the exploration of a wide range of American repertoire and genres.

Kendra Wieneke, mezzo-soprano, made her professional debut in 2013 singing the alto solos in Bach’s Magnificat in D with Rochester Philharmonic Orchestra. Her favorite roles include Anne in the collegiate premiere of Jake Heggie’s To Hell and Back, Bianca in The Rape of Lucretia, and the title role in Handel’s Serse, in performances coached and conducted by Grammy Award-winning lutenist and leading early music expert, Paul O’Dette. Her appreciation for a wide range of repertoire has fueled her love for the research and crafting of song recitals, a performance medium she believes is underrepresented. She received a BM and an MM from Eastman School of Music in Rochester, NY, where she studied with Jan Opalach and Carol Webber.

Sarah Jenks holds a Bachelor of Arts in Piano from Ohio Northern University, a Masters of Music in Vocal Coaching and Accompanying from University of Illinois, and a Professional Diploma in Opera from Roosevelt University’s Chicago College of Performing Arts (CCPA). She is vocal coach and accompanist for both CCPA and North Park University’s opera programs. She has music directed for a number of opera companies in the Chicagoland area, including Petite Opera, Transgressive Theatre-Opera, /kor/ Productions, and Cult Camp Productions. She is the Director of Music at Immanuel United Church of Christ in Evergreen Park and works with both Lyric Opera and Chicago Opera Theater’s outreach programs. She is a frequent recitalist in the Chicago area.

Will Berman, baritone, grew up in Westchester, NY and began his classical studies at age 15. He pursued undergraduate ‎studies

at Eastman School of Music in Rochester, NY, studying under the late Rita Shane. It was at Eastman that he cultivated a great passion for song recitals. He made his operatic debut as Melisso in Handel’s Alcina while attending Westminster Choir College in Princeton, NJ. His favorite roles include Papageno (The Magic Flute) and Count Almaviva (The Marriage of Figaro). Will has also performed with Spoleto Festival USA, Manhattan Opera Studio, Lyric Opera Studio of Weimar, and Operafestival di Roma, and can be heard in the bass section of the professional choir at the Church of Our Saviour in New York City.