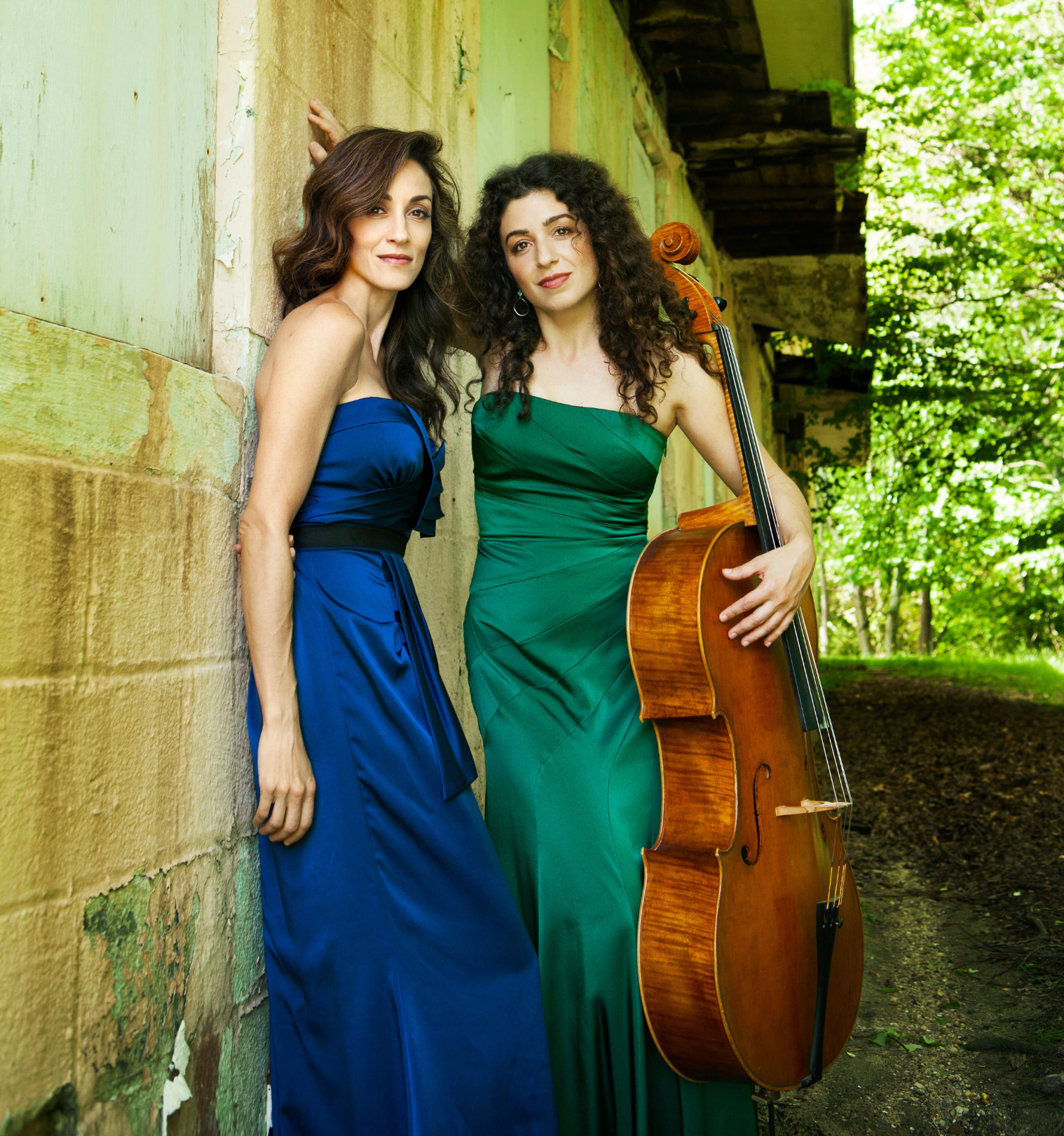 World-renowned and Barrington-raised, the award-winning sister duo Marta and Ani Aznavoorian return home to Barrington to perform once again at our White House. In demand worldwide as chamber musicians and soloists, pianist Marta is a founding member of the Grammy award-winning Lincoln Trio, and Ani is the principal cellist of Camerata Pacifica. As Armenian-Americans, the duo has just released their debut album of Armenian musical gems on Cedille Records. The recording features works by Komitas, Aram Khachaturian, Arno Babajanian, Avet Terterian, Alexander Arutiunian, Serouj Kradjian, Vache Sharafyan, plus a special commission by Peter Boyer.

A pianist of “exceptionally finished technique and purity of musical Impulse” (Boston Globe), Marta Aznavoorian is known for her inspiringly spirited playing and vast emotional reach. The multi-Grammy nominated artist has performed to critical acclaim throughout the world as orchestral soloist, recitalist, and chamber musician.

Cellist Ani Aznavoorian has been described as having “scorchingly committed performances that wring every last drop of emotion out of the music; her technique is well-nigh immaculate, she has a natural sense of theater, and her tone is astonishingly responsive.” Ms. Aznavoorian has appeared with many of the world’s leading orchestras, including the Chicago Symphony Orchestra, the Boston Pops, the Tokyo Philharmonic, the Helsinki Philharmonic, the Finnish Radio Symphony, the International Sejong Soloists, the Belgrade Philharmonic, the Juilliard Orchestra, and the Edmonton Symphony.

NOTE: Students 18 and under FREE with paid adult admission. This event is both in-person and virtual. In-person tickets are limited. If you are having trouble purchasing tickets please contact us at culturalevents@barringtonswhitehouse.com or 224-512-4066.