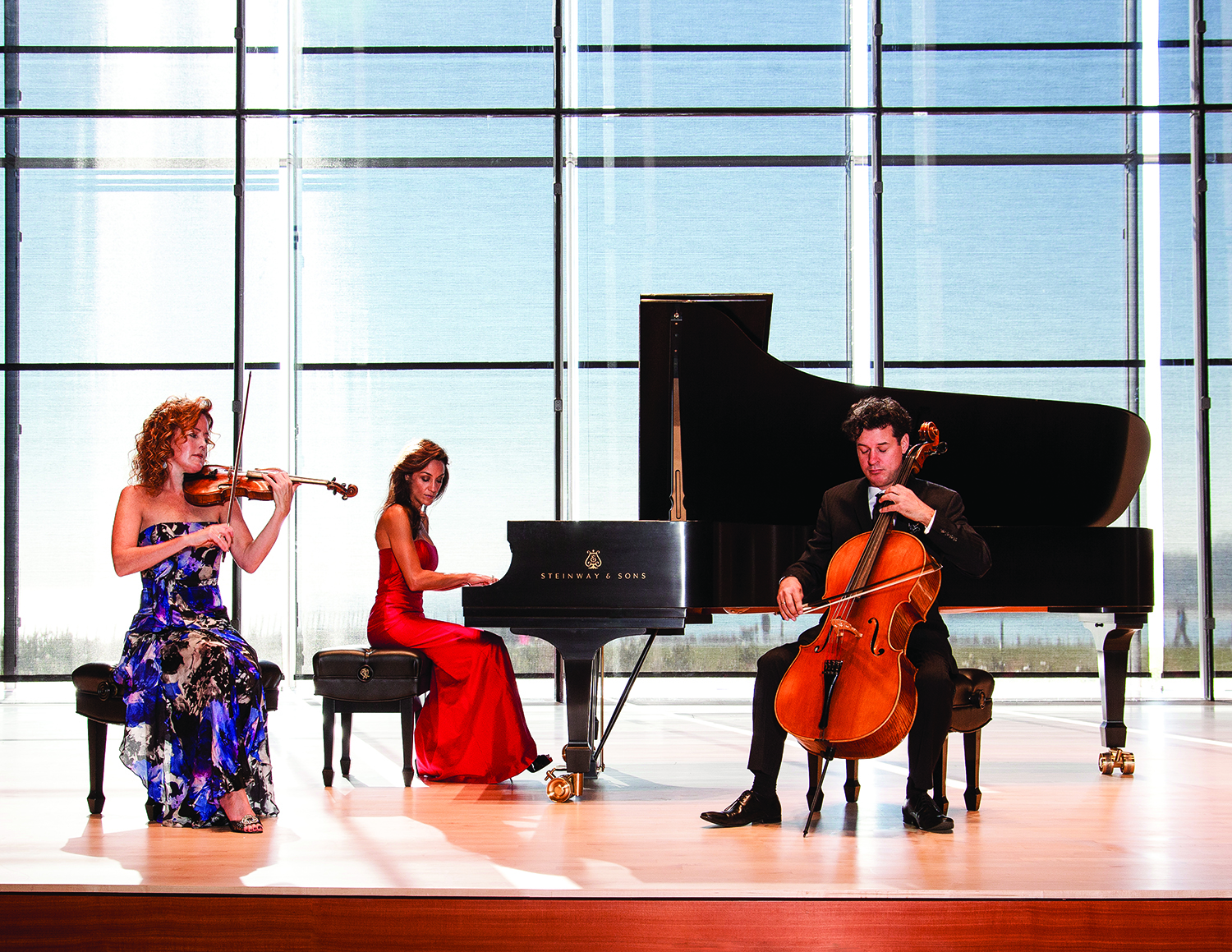 Back by popular demand! This world-renowned classical trio presents the world premiere of “Dash” by composer Jennifer Higdon, as well as Beethoven’s popular Piano Trio, Op. 11. Hailed as “one of the hottest young trios in the business,” Barrington native Marta Aznavoorian returns to Barrington’s White House on piano, joined by Desirée Ruhstrat on violin and David Cunliffe on cello.

Three-time Grammy Award-winning composer Jennifer Higdon’s extensive commissions include works for the Philadelphia Orchestra, Chicago Symphony Orchestra, Atlanta Symphony, Cleveland Orchestra, and many other world-famous musical organizations. Dr. Higdon’s numerous awards include the Pulitzer Prize in 2010 and in 2018, the Nemmers Prize from Northwestern University. She is presently a faculty member at the Curtis Institute of Music. This performance will include a virtual interview with Dr. Higdon by Barrington’s White House Cultural Director Rollin Potter.

Grammy-nominated pianist Marta Aznavoorian is internationally acclaimed as an orchestral soloist, recitalist, chamber musician and educator. She made her professional debut at the age of 13 performing Mozart Piano Concerto No 24 in C minor, K.491 with the Chicago Symphony Orchestra at Symphony Center in four concerts of their series.

The violin artistry of Desirée Ruhstrat has captivated audiences throughout Europe and the Americas. The Berlin Taggespiegel wrote, “…she played with such an intensive fire and sleepwalking assuredness that she was stormily celebrated by the audience.” A seasoned performer, Ms. Ruhstrat made her profes- sional debut at the age of twelve with conductor Lukas Foss and the Milwaukee Symphony Orchestra and at age 16, Ms. Ruhstrat was invited by Sir George Solti to perform Tchaikovsky’s Violin Concerto in Chicago’s Orchestra Hall.

Cellist David Cunliffe began studying at the age of nine in his native England. Three years later he was chosen to receive a scholarship to the Royal College of Music in London. In 1984 Mr. Cunliffe went on to study at the Royal Northern College of Music where he founded the Argyll String Quartet and was the recipient of the Terrance Weill and Leonard Hirsch Quartet prizes and the Lady Barbirolli Chamber Music Award.