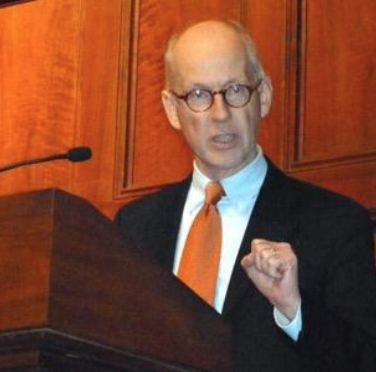 Greed and Gold: Facts and Legends about Midas and the Ancient Phrygians Sunday March 10, 3:00 p.m. Theo van den Hout, PhD, Arthur and Joanne Rasmussen Professor of Western Civilization and Hittite and Anatolian Languages. We all know the “Midas touch” and the “Phrygian cap.” Phrygia was part of Classical Anatolia, in the middle of modern-day Turkey. Was there once a real king Midas and why did the Phrygian cap become so popular in the French Revolution? This talk will bring you back to the historical Midas and his alleged tomb.
What do we know about the real Phrygians and what about that cap? Separating myth and legend from real history we will explore Phrygian history and culture in its original context. Theo van den Hout (PhD, University of Amsterdam 1989) is the Arthur and Joann Rasmussen Professor of Western Civilization and of Hittite and Anatolian Languages at the Oriental Institute of the University of Chicago, and chief-editor of the Chicago Hittite Dictionary (CHD). He is the author of several books, most recently The Elements of Hittite (Cambridge UP 2011) and many articles.
Theo is a corresponding member of the Royal Dutch Academy of Arts and Sciences, a 2016 Fellow of the John Simon Guggenheim Memorial Foundation as well as a Senior Fellow at the Institute for the Study of the Ancient World at New York University.
Each event is $20 for General Admission and you can attend all 4 events for $65.
+ Google Calendar+ Add to iCalendar