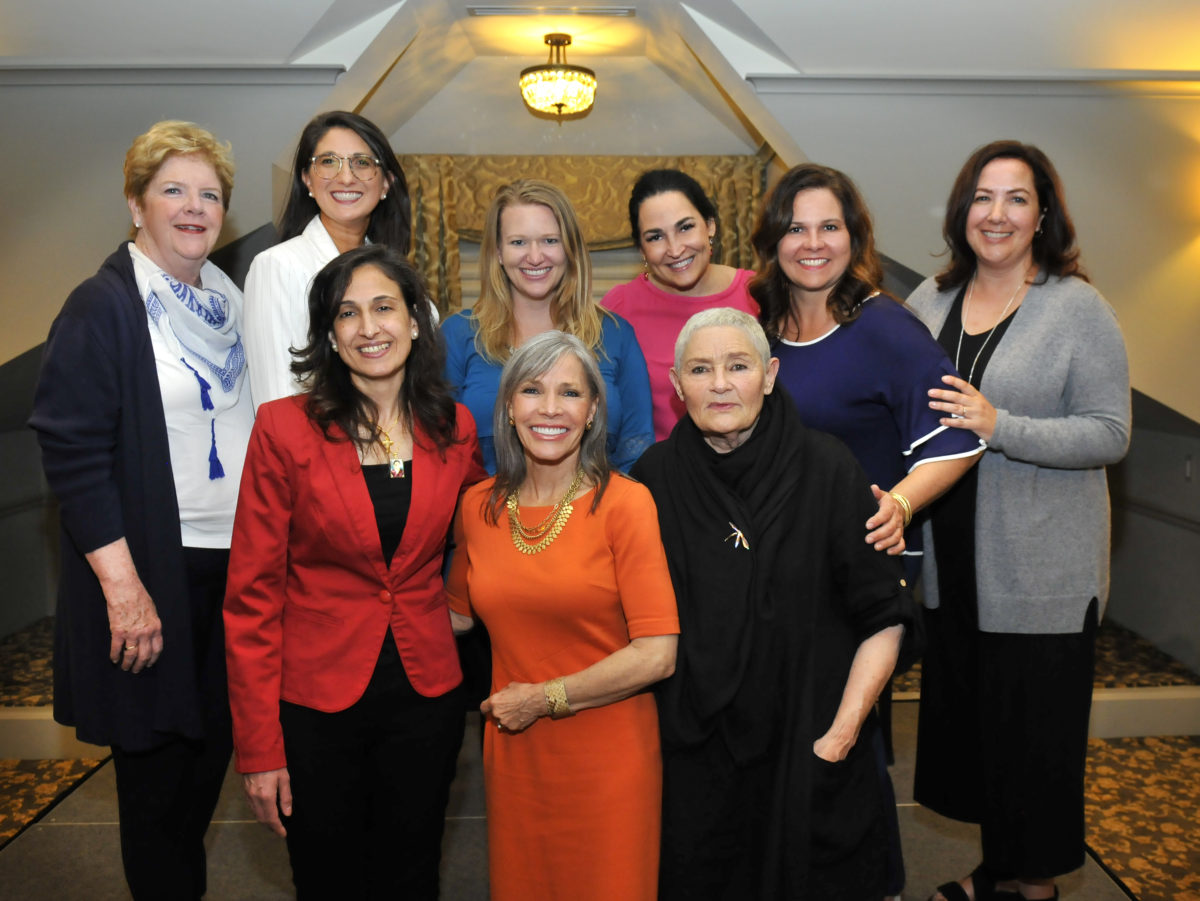 The audience hung on every word, listening to solemn and even tearful the tragic stories of two mothers—one Israeli and one Palestinian—as they shared their common grief, yet a common hope. Each lost a child to the Israeli-Palestinian conflict and yet the two parents tour the world together, speaking of understanding, forgiveness and love. They believe the road to peace begins with meeting the other side, engaging in conversation and searching for reconciliation. “Once you see the humanity in each other, that changes everything.”

These are the words of Robi Damelin, the Israeli spokesperson of Parents Circle, whose friendly, peace-loving son David was killed by a Palestinian sniper while working a checkpoint as a member of the Israeli military. “You make a choice,” said Robi. “You can die with your child. But I chose to build education.” Najwa Saadeh, the second speaker, was born in Bethlehem, Palestine. She joined the Parents Circle after the Israeli army mistook the Saadeh’s car for a similar car reported to be carrying three Hamas militants. The soldiers sprayed bullets at the families’ car, injuring the four of them, and killing her 12-year-old daughter Christine. “We lost our happiness,” Najwa said. To overcome her sadness, Najwa decided to work for hope and peace in order to build a better future for everyone, especially children. “Forgiveness is something great.” Najwa Saadeh was born in Bethlehem, Palestine, and is a member of the Parent Circle.

The Parents Circle Families Forum, a joint Israeli-Palestinian organization, is made up of more than 600 bereaved families, equally divided of members from each side. Their common bond is that they have lost a close family member to the conflict. It is not a club they chose to be a part of, and it is their hope that no more families will join their fold. They work to create open dialogue through meetings and camps for children who have lost families members in the conflict. In some cases it is the first time members have ever met or talked with someone from “the other side” who was not in uniform. Finding Humanity in the Other: The Parents Circle | Barrington's White House