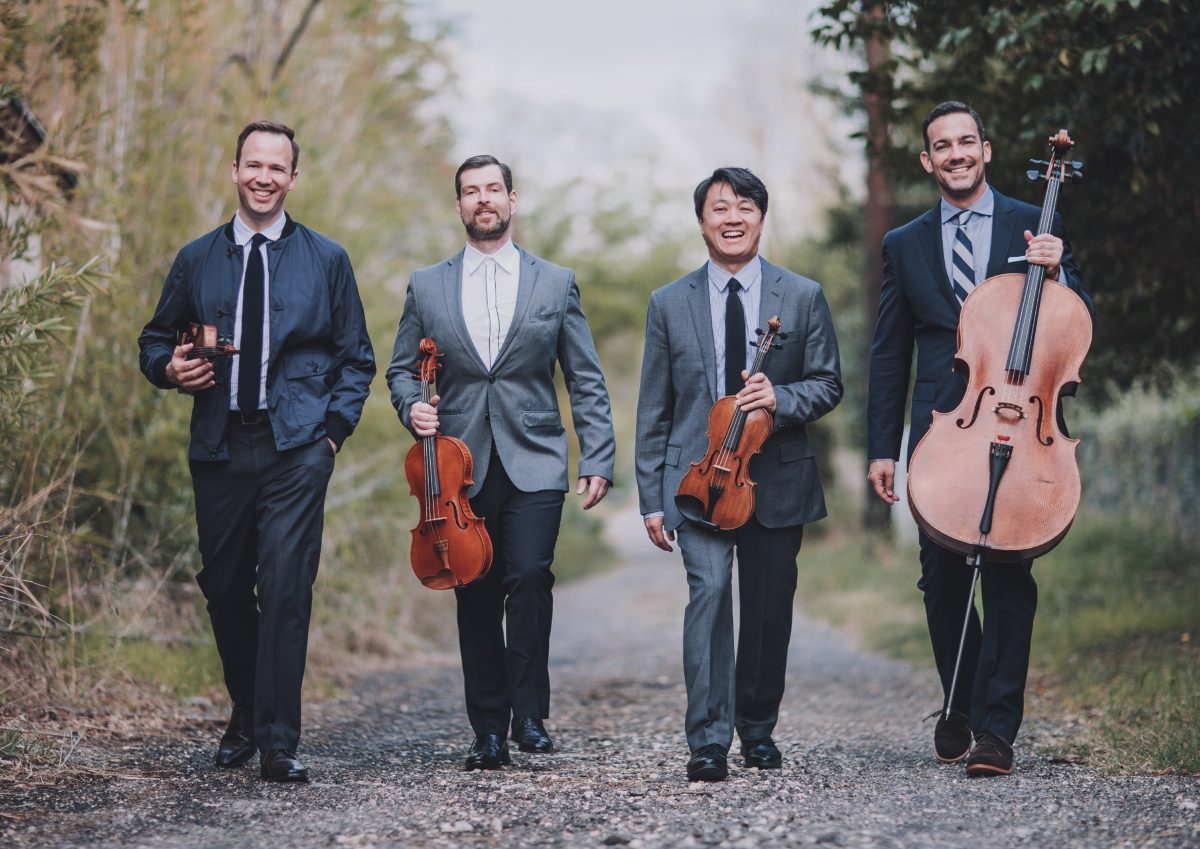 After performing to sold-out crowds at Carnegie Hall and debuting works by Pulitzer Prize-winning composer Kevin Puts, this celebrated Austin, Texas string quartet now comes to Barrington. Enjoy this revered quartet up close and personal in the beautiful ballroom of Barrington’s White House. Earning accolades from passionate critics and audiences alike. Called “furiously committed” by The New Yorker, the Miró Quartet brings its unique style, while staying true to the traditions of chamber music masters. Works will include Haydn, Bartók and Brahms.

Formed in 1995, The Miró Quartet was awarded first prize at several national and international competitions including the Banff International String Quartet Competition and the Naumburg Chamber Music Competition. Deeply committed to music education, Quartet members have given master classes at universities and conservatories throughout the world, and since 2003 the Miró has served as the quartet-in-residence at the University of Texas at Austin Sarah and Ernest Butler School of Music. In 2005, the Quartet became the first ensemble ever to be awarded the coveted Avery Fisher Career Grant.

The Quartet will perform, among others, the following works:

The Miró Quartet took its name and its inspiration from the Spanish artist Joan Miró, whose Surrealist works — with subject matter drawn from the realm of memory, dreams, and imaginative fantasy — are some of the most groundbreaking, influential and admired of the 20th century.

See the CALENDAR OF EVENTS for all upcoming performances and presentations.