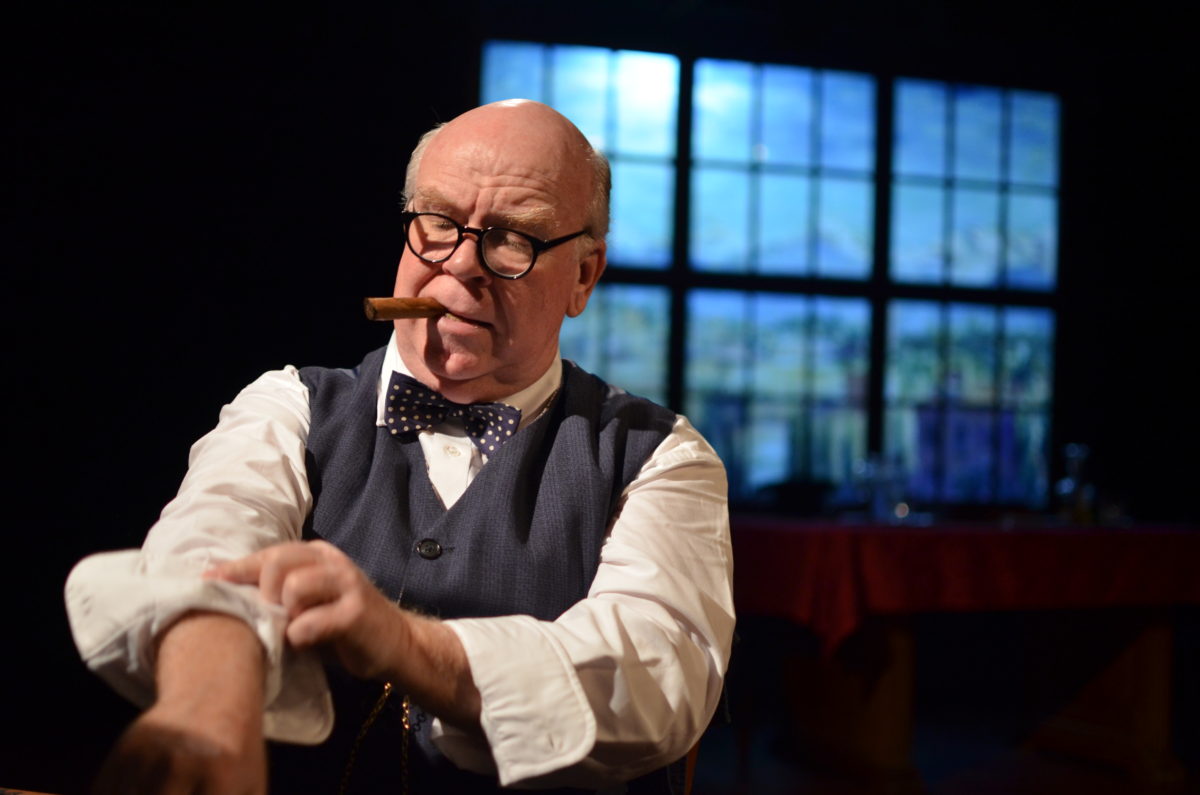 Ron Keaton as CHURCHILL offers a 2nd show at Barrington’s White House at 7:30pm at Barrington’s White House.  Tickets are available here.  Witness this famous WWII icon come to life!  Keaton brings his critically acclaimed and authentic portrayal of the former British Prime Minister in a reflective mood, giving an intimate view of the fierce statesman, as well as Churchill’s humorous and human side.  Written by Keaton, “Churchill” comes to the White House after a sold-out, Off Broadway run with Keaton’s Jeff-Award performance as the “British Bulldog.”  Tickets include VIP admission which provide a private reception with the artist with light refreshments.

Keaton has also been a stage manager, a director, a playwright, a fundraiser, a lyricist and composer, and a singer at jazz and cabaret venues around Chicago. Keaton has a solo musical in the wings, WHISPERS FROM THE MOON, as well as an adaptation of the novel THE LAST HURRAH, both created in collaboration with Chicago composer/lyricist William Underwood, music director here at TATC.

Keaton remains a proud member of and elected representative to the Central Regional Board of Actor’s Equity Association. HEART–WARMING, WITH INFECTIOUS ENTHUSIASM. KEATON IS AT HIS BES

See all of the Barrington’s White House cultural events here!