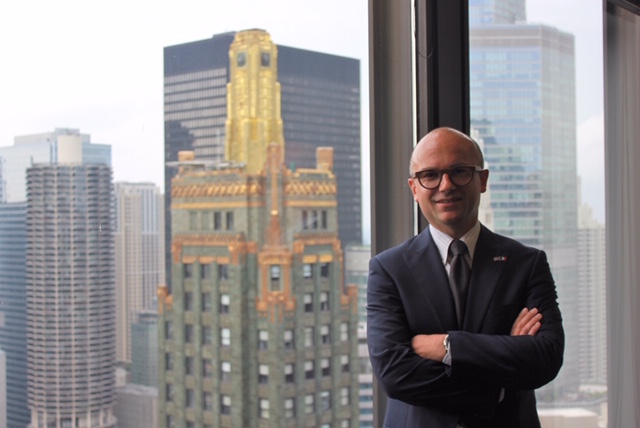 As we welcome the Consul General of France to speak at Barrington’s White House, the world is in mourning over the damage to one of France’s greatest treasures — Notre Dame Cathedral. But France and her people are strong and vow to rebuild Notre Dame.

Join us on Tuesday, April 23rd, at 3:30 pm at Barrington’s White House as we welcome the Midwest’s Consul General of France at Chicago, Guillaume Lacroix, and honor these historic times through his remarks, and with a musical tribute to French culture, to underscore our countries’ long friendship, and support for the rebuilding efforts of its iconic landmark cathedral.  Tickets Available Here

The reception is part of the Village of Barrington Cultural Commission’s “April in Paris” month-long celebration. The reception honors Guillaume Lacroix and includes remarks by the Consul General followed by a brief musical tribute to French culture by soprano JoAnne McDade, a local vocal artist.

Since 1997, Guillaume Lacroix has had a diverse diplomatic career. His past posts include the Department of African and Indian Ocean Affairs in Paris, the French Embassy in Dar es Salaam in Tanzania and the French Embassy in Washington, the U.S. State Department as part of the Transatlantic Diplomatic Fellow program, and at the European External Action Service in Brussels. From 2013 to 2017, Lacroix served in the cabinets of French Foreign Affairs Ministers Laurent Fabius and Jean-Marc Ayrault as Counsellor for African Affairs. He holds diplomas from Insitute d’etudes politiques de Paris and Universite Pantheon-Assas. Lacroix became Consul General of France in Chicago in 2017.

Charcuterie and wine will be served. Please RSVP by Monday, April 22.