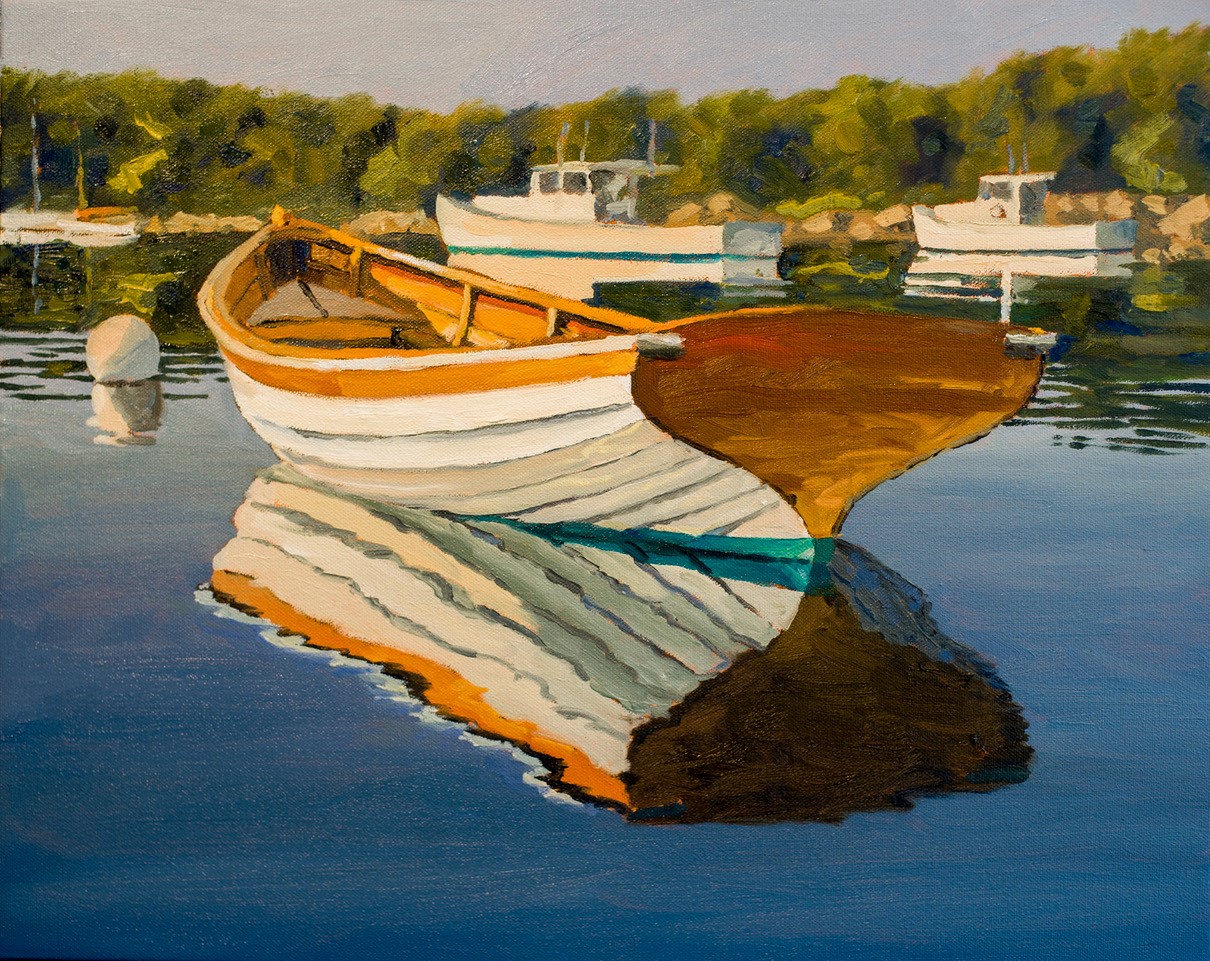 Barrington artist and photographer Jim Root finds much of his inspiration in the fishing villages of Maine and the landscapes of the Midwest. The angles and play of light as they create dynamic shapes are a common theme. Often a painting will focus more on just a part of what would typically be a more grand perspective. He’ll share a collection of several recent works.

Jim has been drawing or painting since childhood. Growing up in Indiana he was influenced by family and friends who were artists that encouraged his passion to create art. After studying graphic design at the University of Cincinnati, Jim began a career in advertising in Chicago where he has worked ever since. Most of his work was in television and print and then later in electronic medias. He started his own agency based out of Barrington in the late 1990’s with his business partner and had a successful run of national and international clients. He also created a successful photography business creating images for many different clients that allowed him to stretch his creative passions and experiment with ideas, compositions and designs in that medium. Photography also provided him the opportunity to travel to many parts of the world on assignments.

In the meantime, Jim has always continued to steadily paint on his own. After concentrating in watercolors for the first part of his life, he began to work more in oils depicting primarily landscapes and architectural compositions.

Jim has shown work at the Philippe Guiellerm Gallery in Waldoboro, ME, the Tina Han Gallery in Barrington and Ann Ponce Gallery in Wilmette. Much of his more recent work can be found online at www.jamesrootart.com.

Jim also is an avid woodworker, building much of his family’s furniture as well as kayaks, canoes and dinghies.

He has lived in Barrington with his wife, Elizabeth for over 30 years and raised three children in the community. All are very involved in art, music and nature.