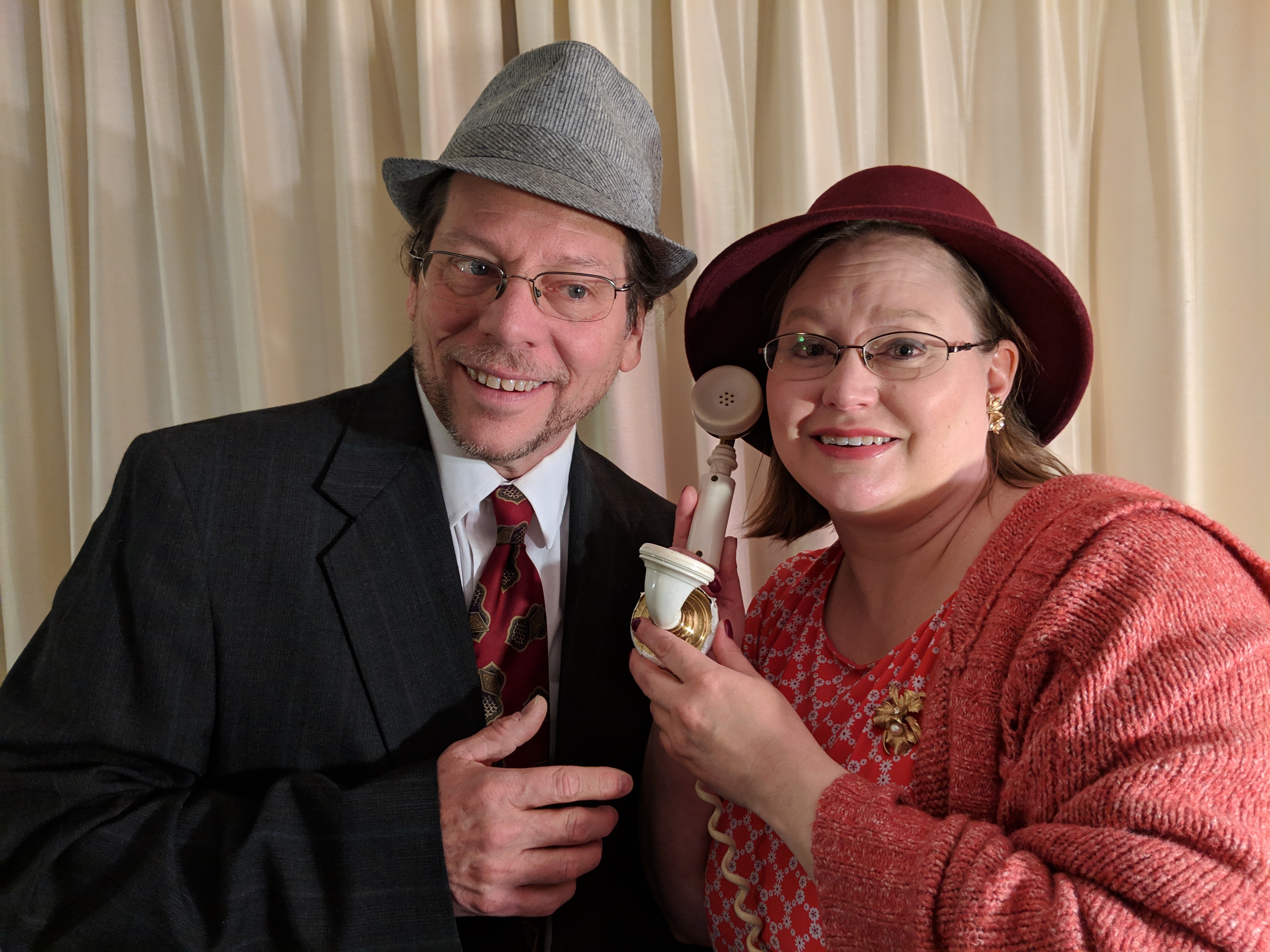 Barrington’s White House welcomes TesserAct Theater Ensemble in a performance entitled “Comics, Sleuths and Heroes of Old-Time Radio”.  Travel back in time for adventure, laughter and suspense in four mini radio shows! Solve the crime with Sherlock Holmes and Watson. Learn the secret beginnings of the masked Lone Ranger. And laugh out loud to the comedy of Jack Benny, and Fibber McGee and Molly.

The presentation will include four different authentic old-time radio plays, each with its own ambience and charm. In Sherlock Holmes: The Adventure of the Tolling Bell, discover why there has been a rash of funerals in the small town of Barrington, Illinois! In The Lone Ranger: The Return of Butch Cavendish, the masked avenger’s origin story is revealed and a touching family story is brought to a close. In Jack Benny: High Noon laugh along as Jack parodies the classic western with a frugal twist. And in Fibber McGee and Molly: The 100th episode, find out if Fibber and Molly will ever get their telegram sent.