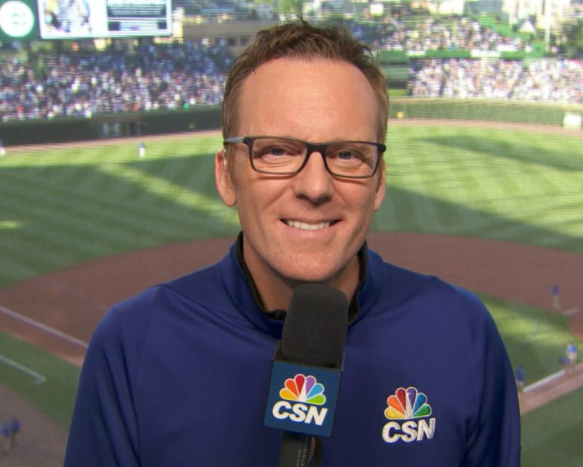 Join us as Len Kasper, who has just begun his new post with the Chicago White Sox, regales our audience with tales from his career as the former play-by-play announcer for the Chicago Cubs, where he has seen this famous North Side team win the World Series pennant in 2016. His behind-the-scenes stories and anecdotes will make you “Root, root, root for the Cubbies!”

Kasper worked with color commentator Jim Deshaies to bring Cubs games to life for fans on the Marquee Sports Network. Kasper jointed the White Sox in 2020 to become the teams radio play-by-play announcer. Previously he was the host of a daily sports show for Milwaukee-based WTMJ-AM and has hosted pregame and halftime shows for the Green Bay Packers. In 2002 he worked with color commentator Tommy Hutton to announce Florida Marlins games until he was hired by the Cubs in 2005.

Please submit your questions below through Eventbrite, and they will be included in the Q&A following the presentation.