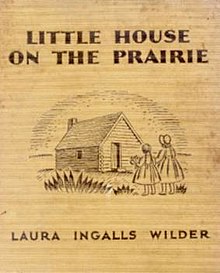 Schmitz will present the little-known history of Wilder’s family as original pioneer settlers of Kane County, Illinois in the 1840s and 1850s (in the South Elgin area near Randall Road); Keyes will portray stories and costumes from Wilder’s prairie times; and Kleven will perform fun fiddle music that Laura’s father, Charles Ingalls, would have played during his time as a young boy in Illinois, including Old Dan Tucker, Miss McLeod’s Reel, and more.

This program provides a wonderful look at Wilder’s life and times for both children and adults; a question-and-answer session will follow the program. Entertaining both for die-hard “Laura” fans as well as those who may not be as familiar with “Little House on the Prairie.”