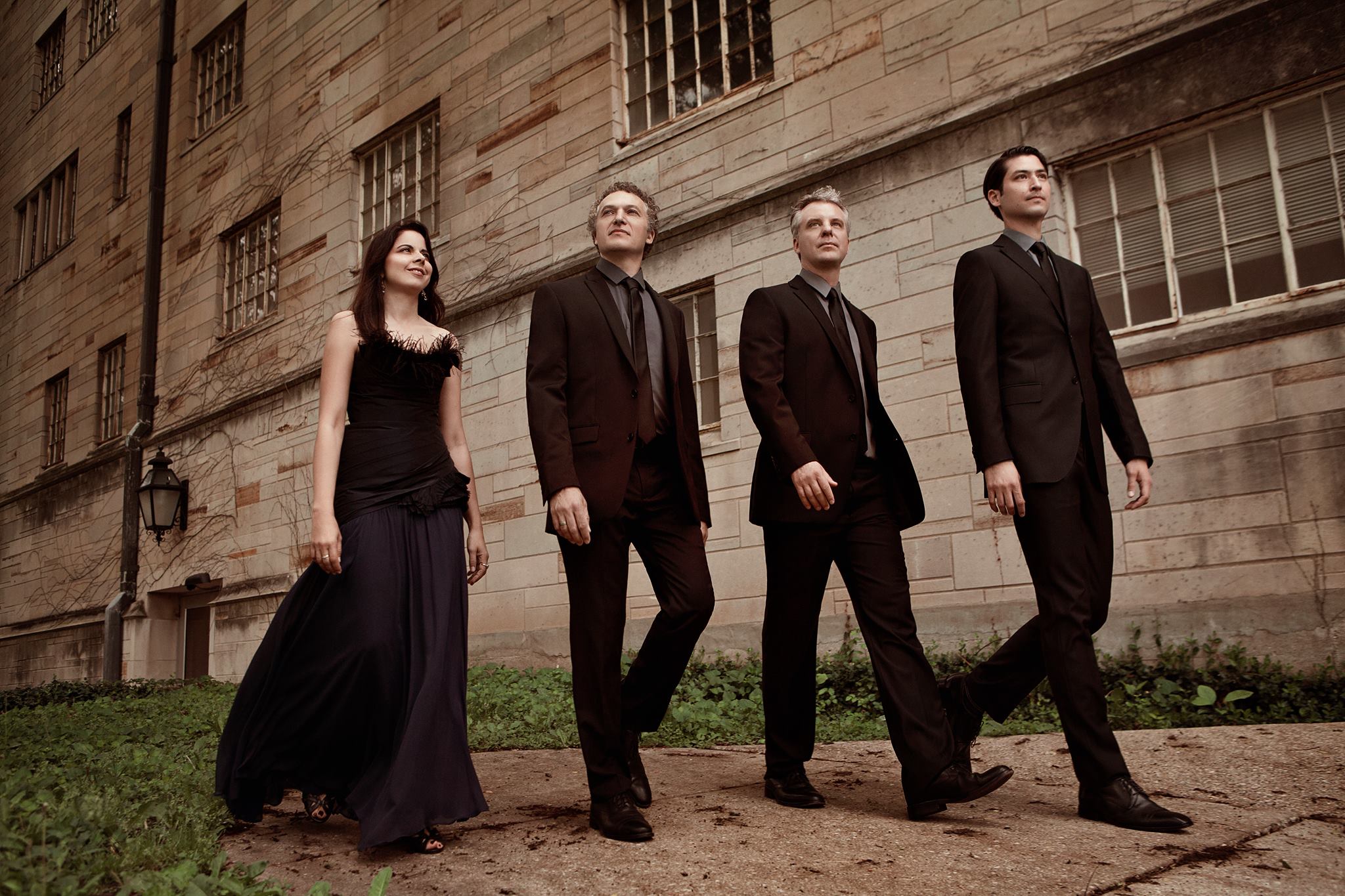 Formed in 1994, the Pacifica Quartet quickly won chamber music’s top competitions, including the 1998 Naumburg Chamber Music Award. In 2002 the ensemble was honored with Chamber Music America’s Cleveland Quartet Award and the appointment to Lincoln Center’s CMS Two, and in 2006 was awarded a prestigious Avery Fisher Career Grant. Also in 2006 the Quartet was featured on the cover of Gramophone and heralded as one of “five new quartets you should know about,” the only American quartet to make the list. And in 2009, the Quartet was named “Ensemble of the Year” by Musical America.

In 2008 the Quartet released its Grammy Award-winning recording of Carter’s quartets Nos. 1 and 5 on the Naxos label; the 2009 release of quartets Nos. 2, 3, and 4 completed the two-CD set. Cedille Records recently released the third of four volumes comprising the entire Shostakovich cycle, along with other contemporary Soviet works, to rave reviews: “The playing is nothing short of phenomenal.” (Daily Telegraph, London)

The members of the Pacifica Quartet live in Bloomington, IN, where they serve as quartet-in-residence and full-time faculty members at Indiana University’s Jacobs School of Music.