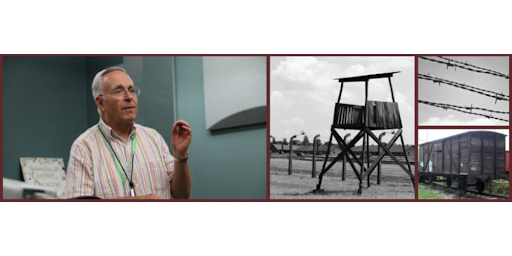 A Survivor of the Holocaust Shares His Story

Mr. Steen Metz, a Barrington resident and survivor of the Holocaust, tells his story of unspeakable loss and an astonishing will to thrive at the Theresienstadt concentration camp, where he entered at the age of eight.

Of the approximately 140,000 Jews transferred to the Theresienstadt camp in what is now the Czech Republic, a mere 19,000 survived. Of the 15,000 children who passed through Theresienstadt, fewer than 1,200 survived. Next year will mark the 80th anniversary of the roundup and transportation to Theresienstadt of 472 Danish Jews and one of them, Barrington resident Steen Metz, tells his story.

Since the 2011 publication of his memoir, A Danish Boy in Theresienstadt, Steen has presented his story at Brown University, on radio, TV, and to over 100,000 people, mostly students in Arkansas, Colorado, Illinois, Iowa, and Wisconsin. He is a regular participant in presentations organized by The Illinois Holocaust Museum and Education Center.

This event is in-person only. If you are having trouble purchasing tickets please contact us at culturalevents@barringtonswhitehouse.com or 224-512-4066.