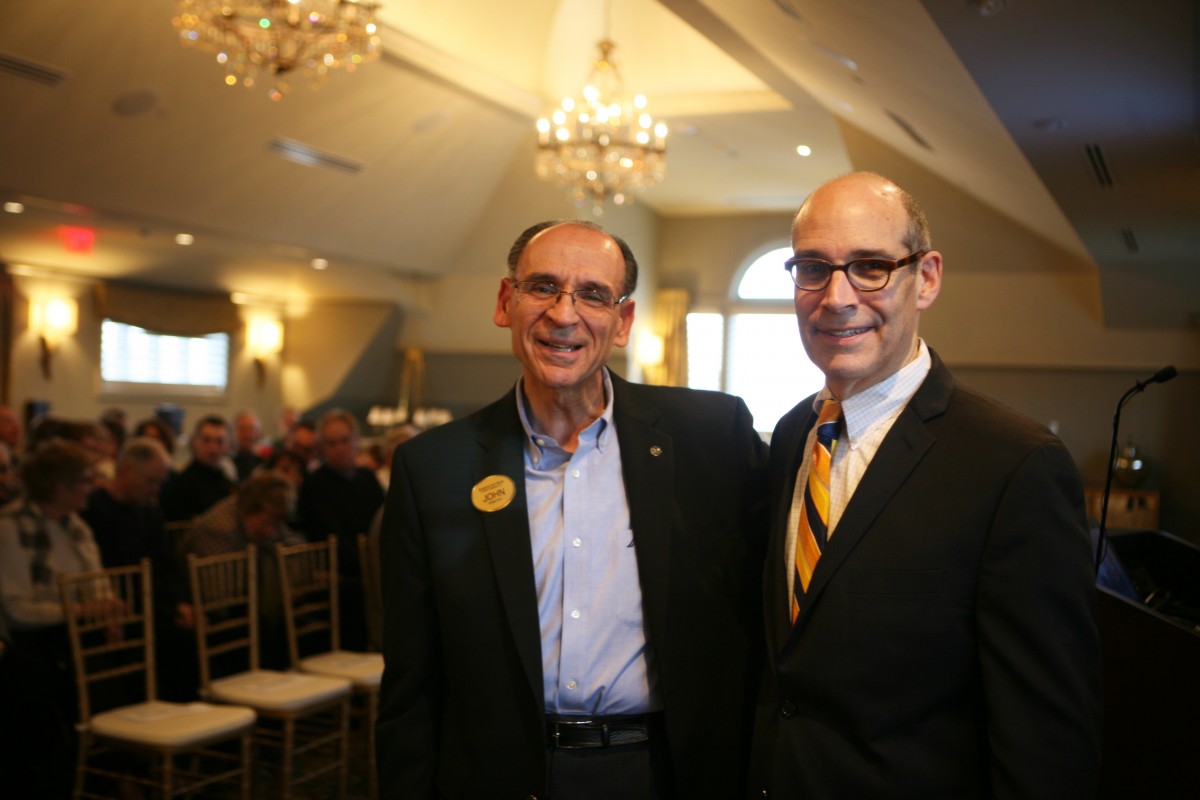 A sold out crowd welcomed Emmy-award-winning television host and documentarian Geoffrey Baer. Chicago Architecture Foundation docent extraordinaire, Baer is best known for his TV specials on Chicago architecture and history.He dazzled a crowd of over 150 speaking about our area’s architecturally significant buildings and happenings, including Barrington’s White House. The event, which was sponsored by Barrington Bank and Trust, was filmed by documentarian and Barrington Hills resident Jeff Baustert.  Baer included photographs and videos in his presentation and expanded upon stories that became popular during Barrington’s 150th anniversary in 2015.  Rollin Potter, Cultural Co-Chair for Barrington’s White House saw the event as a success. “His visit was a great addition to our spring series of events.”

The Ballroom of Barrington’s White House was filled with interested Barrington area residents.