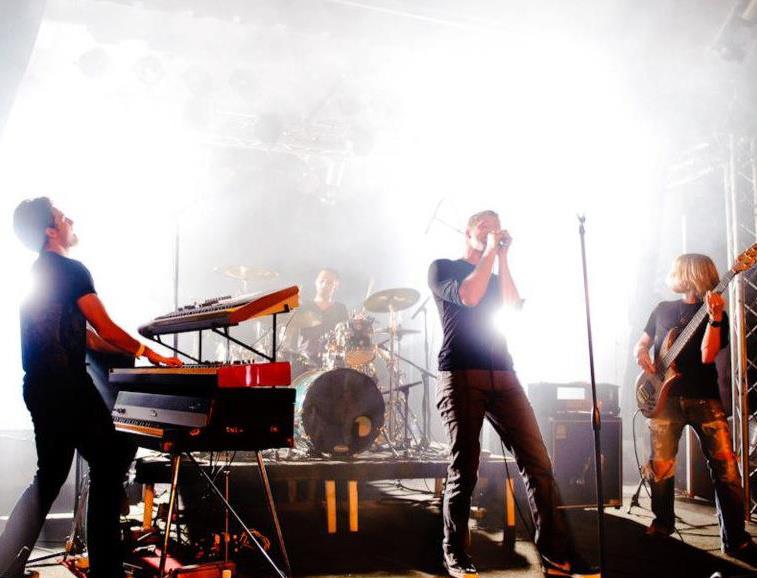 In preparation for his performance at Barrington’s White House, we interviewed Rob Knapik, Barrington resident and rock ‘n roller front man for Sons of Bildor.  The band has quite a summer line up starting with their upcoming show in the Ballroom on April 15th.  Learn more about Knapik, the band, how Barrington influenced his musical aspirations, and why we’re all looking forward to his concert at Barrington’s new event venue.

1. Tell us about your Barrington roots.

My brother Charlie and I were born and raised in Barrington. What a great place to grow up and call home! I was class of 2000 and Charlie was 2002. We both played football, basketball, and track at BHS. I currently live in Barrington with my wife Taylor and 3 little girls. Charlie resides in Arlington Heights with his wife Kelly.

2. How did your band begin and who is in your band?

Our group, the Sons of Bildor, started in the basement of our parents’ house in the summer of 2005. Our Dad’s name, Bill, and our Mom’s name, Dori, make up the name Bildor…hence the Sons of Bildor. Charlie taught himself how to play guitar while at Hope College, using his ears and online guitar tabs. I started in elementary school at Hough Street and then I joined the Barrington Children’s Choir. I sang at BHS as well in chorus and barbershop quartets. When we were both home from college on breaks we would jam and experiment with our sound. Having similar tastes in music, and being brothers, we had an instant connection and a somewhat seamless combination of guitar and vocal.

3. What are your favorite songs to play?

The favorites are constantly changing! I would have to say Pinball Wizard by The Who. I can’t get enough of Charlie’s guitar on that one. One of my new favorites is S.O.B. by Nathaniel Rateliffe & The Night Sweats.

4. What part did Barrington play in your musical abilities?

Learning from great music teachers and being part of the Barrington Children’s Choir and the BHS Chorus. Also, growing up we would go to the Brat Tent every year…from young ages we really enjoyed live music. I specifically remember watching Johnny Star and the Meteors perform their oldies covers.

5. Any interesting gigs in the future?

The White House gig! Pretty cool to be playing at a historic venue in old downtown Barrington. We’ll also be performing at the Chicago Ale Fest this summer at Buckingham Fountain in Chicago and the Windy City Wine Festival in September at the same location. And the Barrington Brat Tent on July 1st and Fred Fest in August. It’ll be a fun summer!

We just love to perform together. It’s a pretty neat thing to able to play with your brother and we look forward to continue playing for years to come. Also, one of the most enjoyable and exciting aspects of performing is going from genre to genre and jumping decades with our covers. We can go from Roy Orbison to Maroon 5 to Led Zeppelin to the White Stripes. Come on out and see us, we’re going to have a great evening!

Tickets to enjoy Sons of Bildor on April 15th in the 3rd floor Ballroom are available for $15. There will be a cash bar at this event.