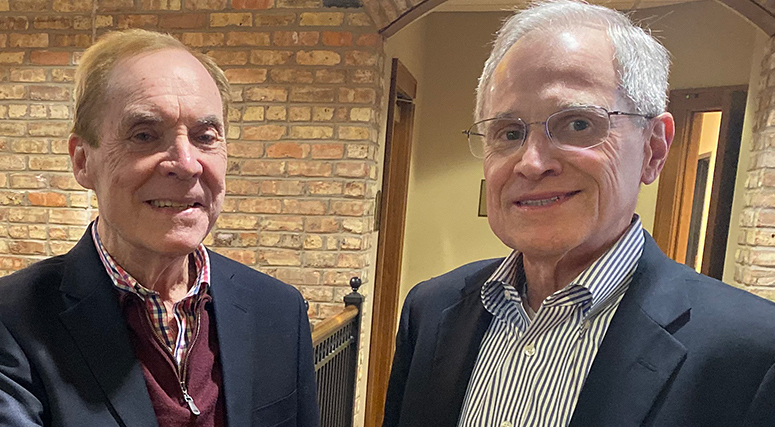 A Gift to Support Cultural Programming

If you didn’t know Dr. Rollin Potter (at left, above), you might mistake him for a studious college professor (he’s partial to wearing charming tweed jackets with elbow patches). But in reality, he is the engine behind the powerful slate of cultural programming that occurs each season at Barrington’s White House.

Rollin is the Cultural Director for the White House, and for the past five years he has slowly but steadily built our cultural and community center into an impressive destination that draws national and international talent as well as audiences from all over the Chicago region.

From world-renowned violinist Rachel Barton Pine and the Pacifica Quartet to the University of Chicago’s Oriental Institute and the Alzheimer’s Association, Rollin curates a slate of cultural programming in the arts and humanities that is the envy of our area.

Rollin came to Barrington’s White House with an impressive background as the former Dean of the College of Fine Arts and Communication at the University of Central Arkansas. He holds a PhD from the Northwestern University School of Music, a master’s in music from VanderCook College of Music, and a BA in music from DePaul University. He spent his career teaching, conducting, and in administrative positions at various universities around the country before “retiring” in Barrington in 2013 alongside his wife, Joanne McDade, a gifted vocalist and musician in her own right.

That’s when Rollin became involved in Barrington’s White House, and he has never looked back. 2020 marks his fifth year of assembling our cultural programming for each season of the year. While Rollin’s initial work was done as a volunteer, a special grant by a special friend was recently made available to help offset the modest stipend that Rollin is now paid to bring cultural richness to our community.

Enter long-time Barrington resident Tony Ciganek (at right, above) the Clerk for the Village of Barrington. As Village Clerk, Tony attends all Board of Trustees and Committee of the Whole meetings, where he records and places on file the minutes, resolutions, proclamations, and other legal documents that result from the work of our Trustees.

Shortly after Tony became Clerk, he began working with Rollin and Barrington’s White House to help write grants to help underwrite some of our cultural programs. Through that process he became fast friends with Rollin, and an idea came to him.

“As we began to work closely together, I realized what a gem Rollin is not only to the White House, but to our entire community,” Tony says. “I wanted to make sure that the White House would never be in danger of losing Rollin if for some reason they could not fund his stipend through the normal fundraising channels that the White House has. So, I decided to donate my own Village Clerk stipend to help underwrite the Director of Cultural Programming position, thereby ensuring that Rollin would continue to receive a modest compensation for the important work he does for us.”

“We were thrilled to receive Tony’s generous offer to help underwrite Rollin’s position,” says Beth Raseman, the Executive Director and fundraising officer for Barrington’s White House. “It is donations like these that truly show how our community comes together to support each other and support the important work that we are doing to make Barrington a top-tier cultural destination in our area. We are very grateful for Tony’s generous support, and for Rollin’s outstanding work in curating our cultural programming. Thank you, Tony and Rollin!”

If you would like to consider making a gift to underwrite a specific position or program at Barrington’s White House, please call Beth Raseman at 224.512.4066. 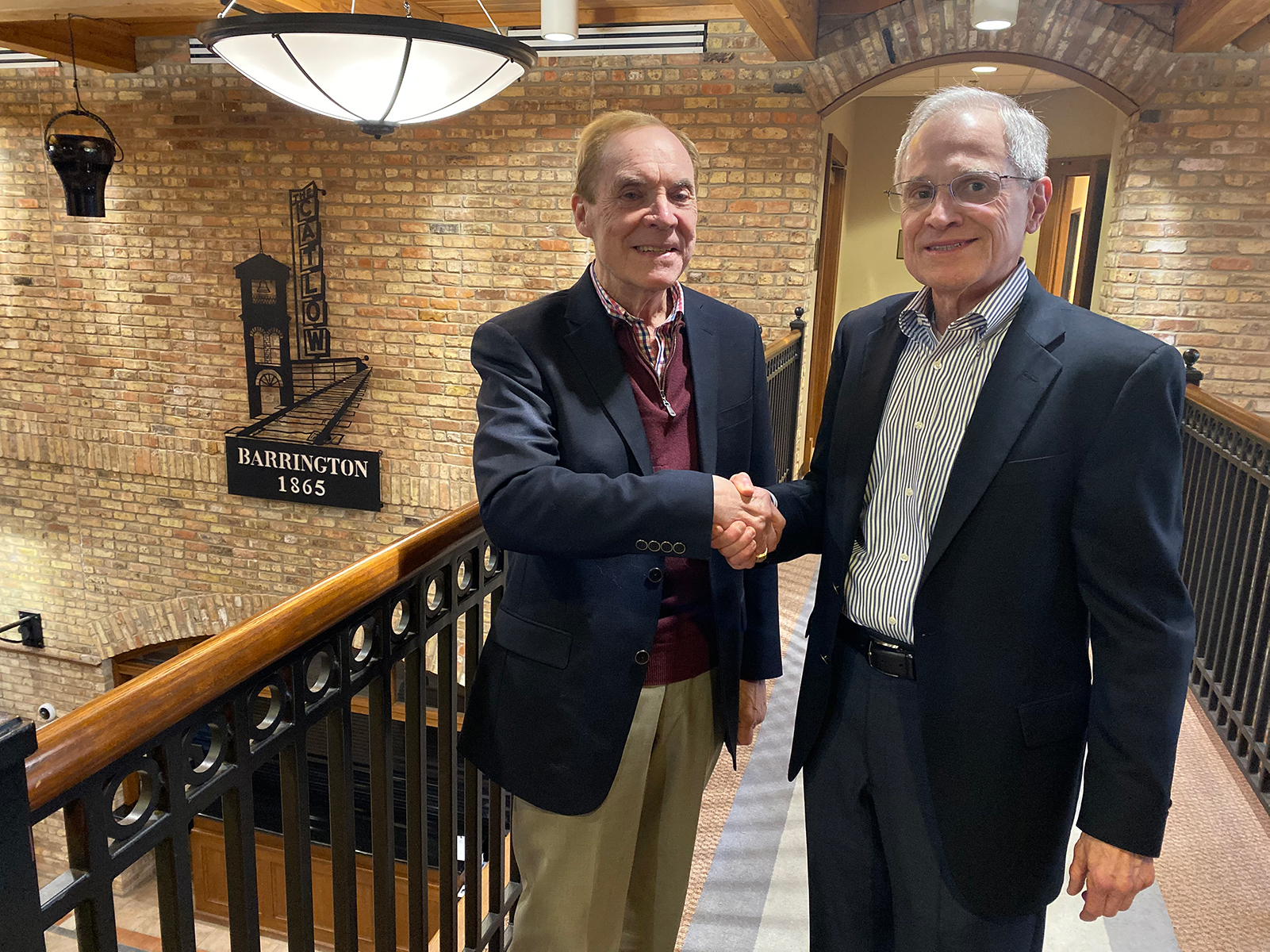