Duo YUMENO A Fusion of Japanese Classical and Western Music 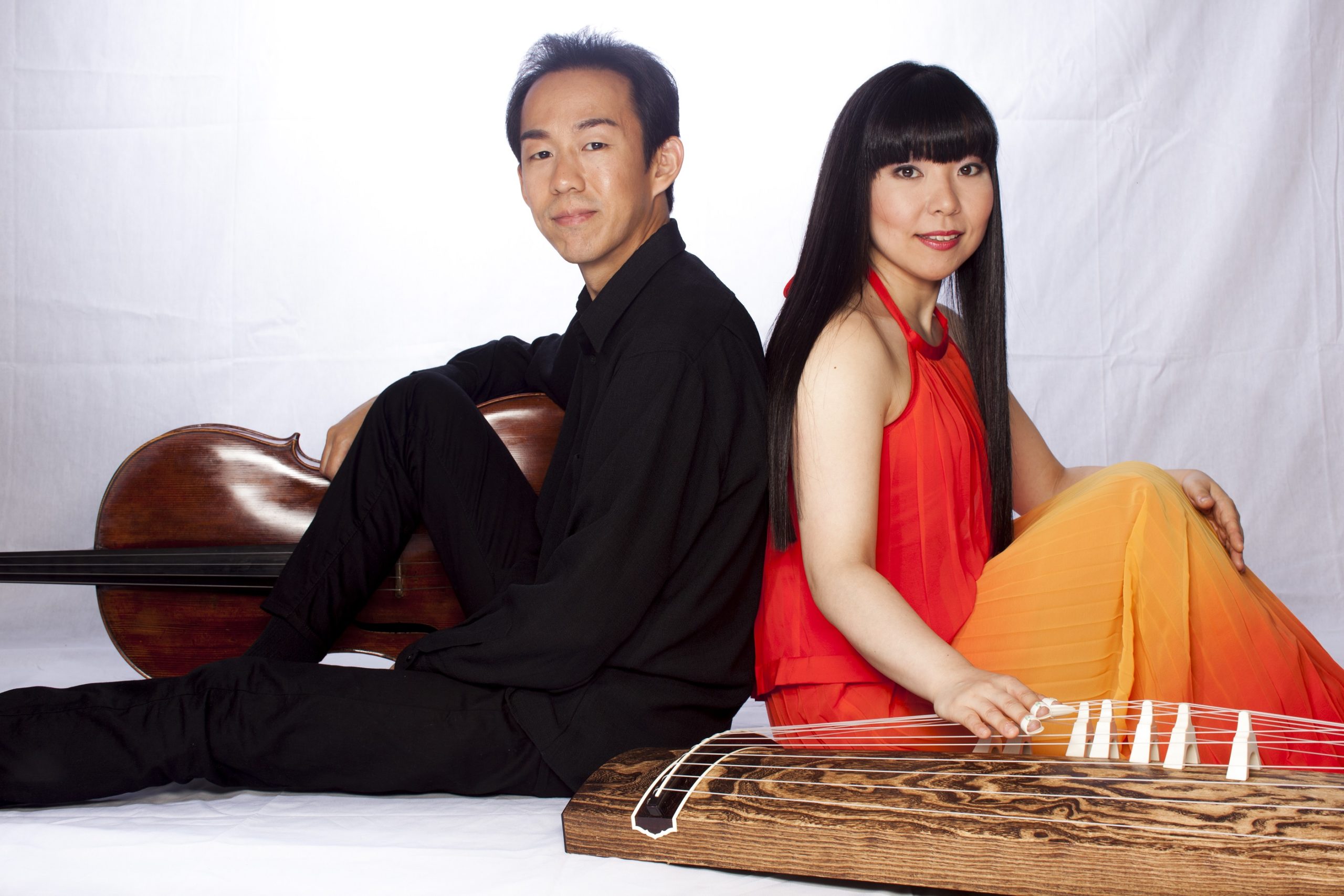 The dynamic, New York-based duo of Yoko Reikano Kimura and Hikaru Tamaki creates a fusion of sound as they explore the dialogue between classical Japanese and Western music. Vocalist Kimura also shares her talent on the traditional Japanese stringed instrument koto/shamisen, while Northwestern alumnus Tamaki joins her on the cello to create music inspired by Japanese tradition with a contemporary sensibility. The duo has performed at the Kennedy Center and Carnegie Hall – don’t miss them at Barrington’s White House! Co-sponsored by the Barrington NWSuburban Chapter of Lyric Opera of Chicago.

.Kimura and Tamaki first collaborated at the Fort Wayne Cherry Blossom Festival in 2008 and since then have been performing together regularly in Japan and the US. They were also invited to perform in Turkey and visited Trinidad to be featured at the opening concert of “Japan – CARICOM Friendship Year 2014”. In 2014, they were awarded the Chamber Music America Classical Commissioning Program grant, and in 2015, received the Baroque Saal Award given by the Aoyama Foundation in Kyoto. In 2015, the duo was invited to perform at the University of Cambridge in the UK. The duo was featured at the 2017 National Cherry Blossom Festival in Washington DC and performed at the John F Kennedy Center. In 2018, they were invited to perform at Los Andes University in Bogota, Colombia. In 2019, the duo performed at Carnegie Hall to celebrate its tenth anniversary.

Kimura graduated from Tokyo University of Arts and was awarded a scholarship from the Agency of Culture Affairs of Japan. Awards include the First prize at the prestigious 10th Kenjun Memorial National Koto Competition. As a koto/shamisen soloist, she has performed with numerous string quartets, chamber ensembles and chamber orchestras.

Their activities have been featured in the media such as the New York Times, Chamber Music America Magazine, the Japan Times, Hōgaku Journal and NPR.